Have you heard of cow hugging? It’s very popular in Holland and people pay good money to visit farms which have very quiet and tame cows who let them hug them, breathe in their cow breaths and relax under the aura. 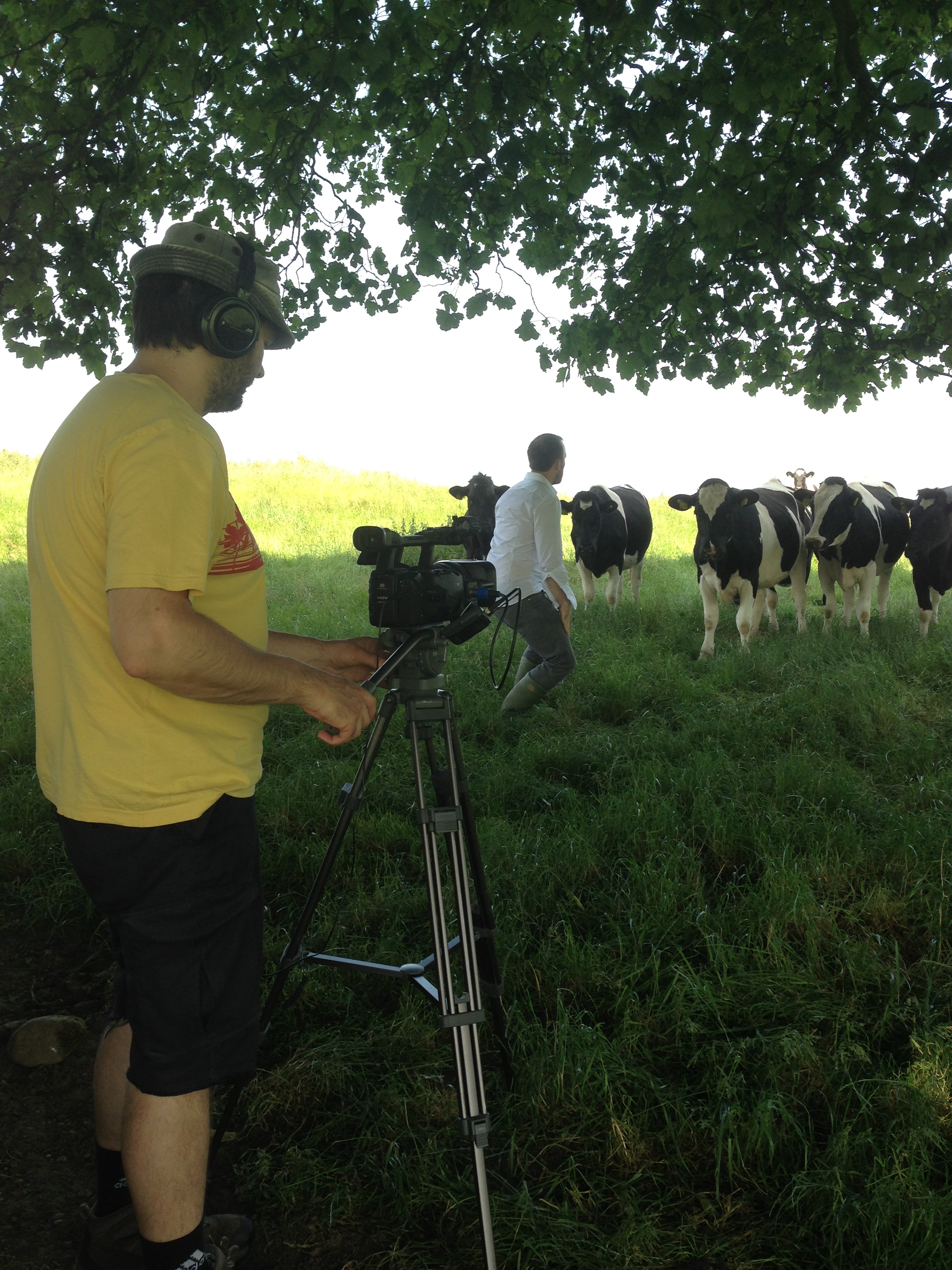 When I received a phone call from Owen Fitzpatrick asking if he could use our cows for a ‘cow charisma’ video, I couldn’t stop laughing. First of all, although I know cows can be very curious and will come up to you if you stay still in the field, ours wouldn’t be that used to being hugged. Secondly, this chap is a city boy and I doubted if he knew one end of the cow from another. I’m game for a good laugh so I was delighted to say yes.

Owen and Paddy arrived on a very hot Tuesday, we had 12 cows in one small field for them and the other 80 (if needed) were in another. They spent at least an hour videoing and we left them to it. The field was in full view of the neighbours as it happened so I did wonder if they could spot the massive camera that was being wielded about.

A quick break and it was up to visit some of the bulls. I brought a sprong with me just in case. I don’t think the guys realised at all what damage a cross bull can do, even though I had them well warned to make sure they were near to the gate and I was standing by with said sprong. We had brought them in for testing the previous week and they had roared and pucked and snorted so anything could happen. ?The bulls were actually very placid, Owen got very close to them and each bull walked within inches of him to another area of the field. I would never have let a 16 month old bull that close to me but maybe ignorance is bliss! 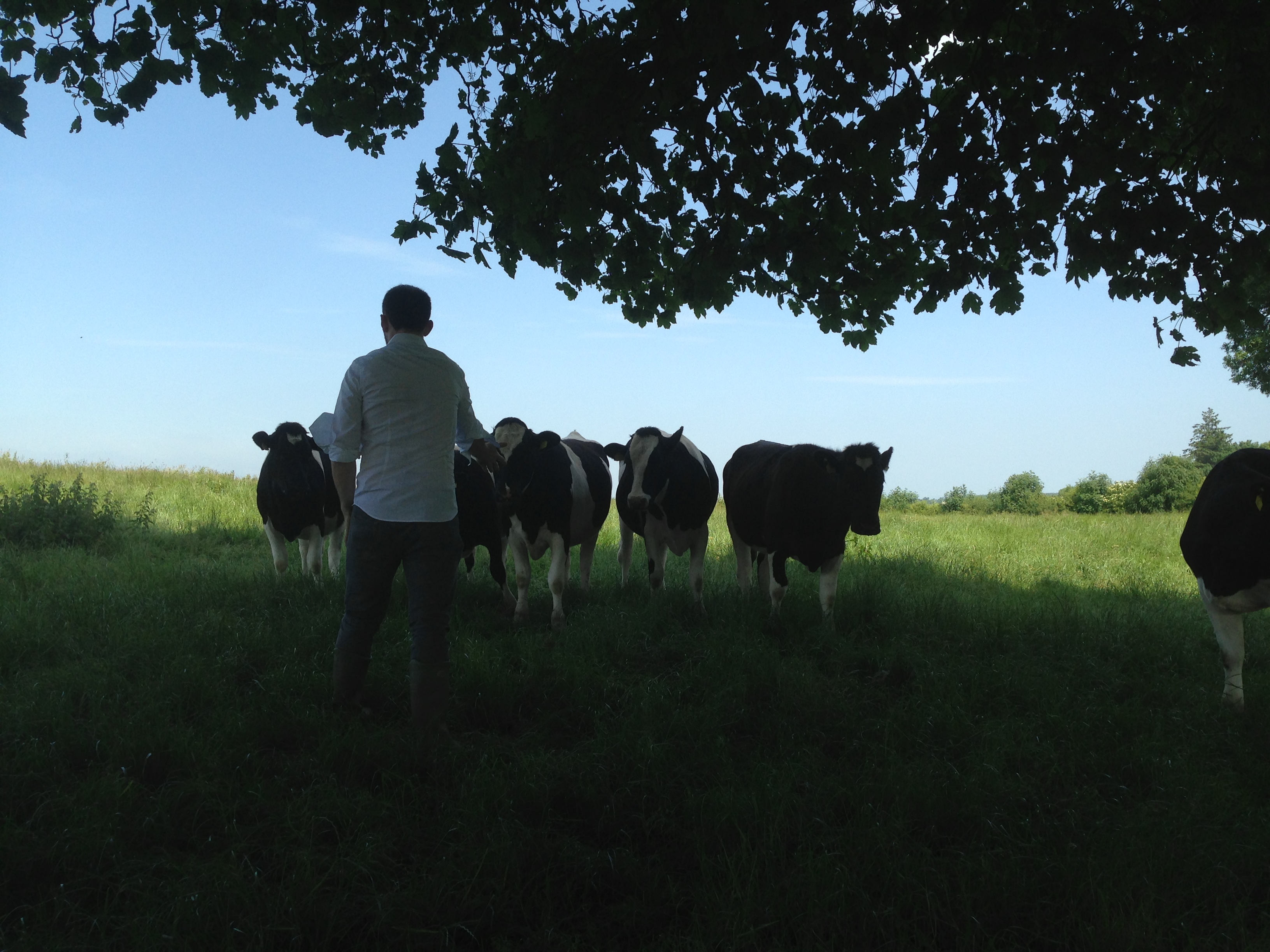 It was then to the heifers at the top of Lynups Hill and yes, as curious heifers do, they came over to see what was going on. I was in hysterics as Owen’s face at having to hunker down amongst the cowpats under the tree but we never promised it was all going to be pretty.

A curious heifer comes to see what is going on – from behind the camera! 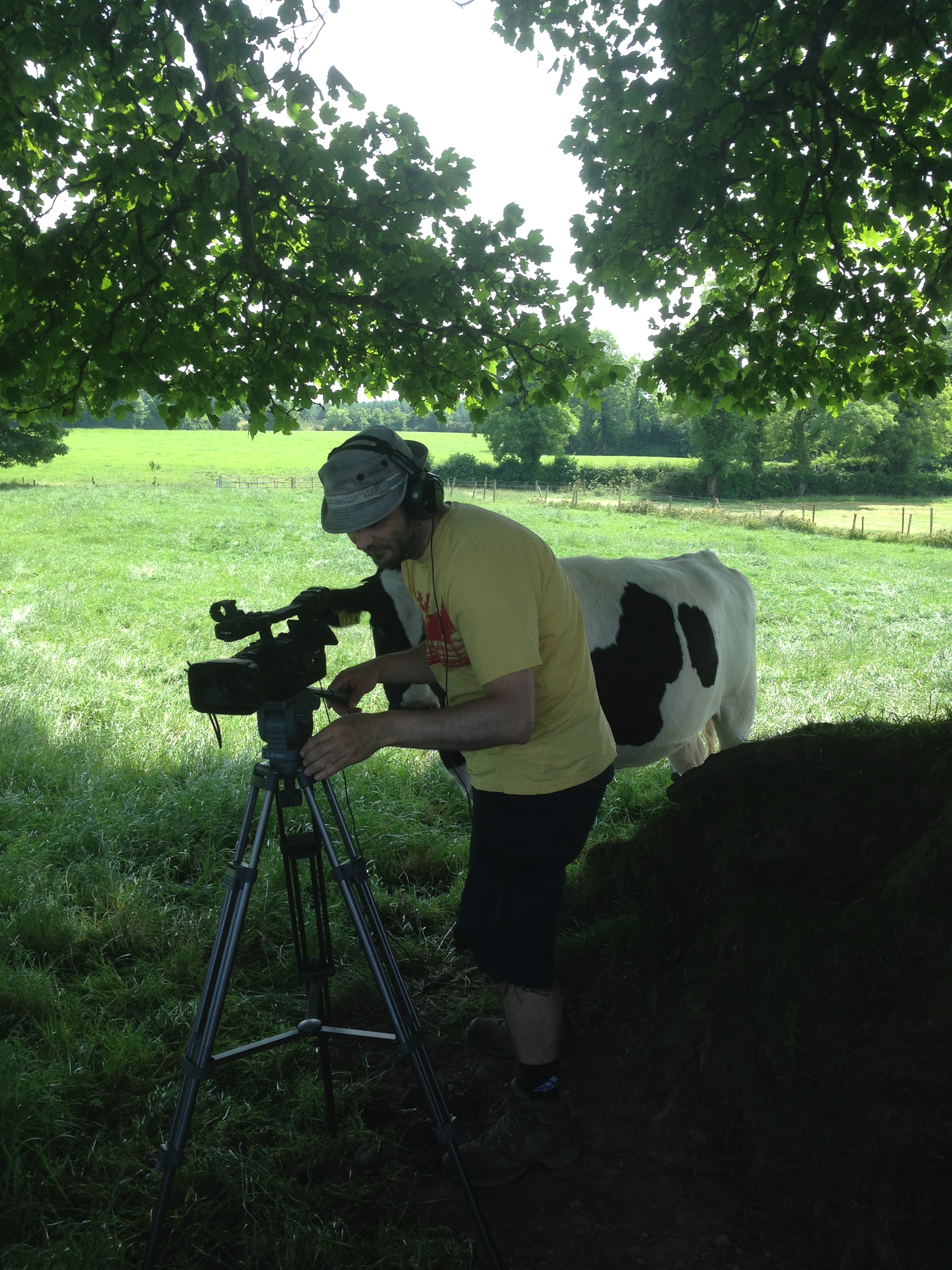 The heifers then followed him down the hill and it’s almost like a biblical scene at the end of the video.

Let us know what you think – we roared laughing watching it. It was made by Paddy of Southernman Films. And if that convinces you to sign up to Owen’s online charisma courses, here’s the link (I promise they are good. After all, I attended the bootcamp in Dublin and I’m the most charismatic farmer around!)

13 thoughts on “Forget Cow Hugging, This Is Cow Charisma”