Days out tend to be pretty precious around here – partly because Brian’s only half day off tends to be Sunday afternoons although he usually does try to get the occasional day off during the school holidays. Bad weather means he is busier than normal and means that we don’t necessarily have as much enthusiasm for trying to get away. It’s like we need sunshine to put a spring in our step!

I recently met two friends at Russborough House in Wicklow with the kids. We aim to meet up every six months or so but manage it about once every ten months. Brian and I went there when I was pregnant with Kate so Will was pretty young so I was looking forward to seeing it again. The highlight for the children was the maze – keen to imagine themselves in a Harry Potter scene as they tried to find the centre and then get back out again. ?It then became too wet to go for a walk but the children actually really enjoyed the tour and seemed to pay attention to the descriptions of the furnishings and paintings.

Some years ago, Alfred Beit’s photos and cine film from the 1920s and 30s were discovered in the basement, even some 3D that he created. ?His use of the camera seemed to be incredibly advanced and as he travelled widely around the world (doing the Grand Tour) it really gives an interesting insight both into what the world was like thenm and what life was like for the wealthier people in society. ?It is worth visiting on its own and the children really enjoyed it too. 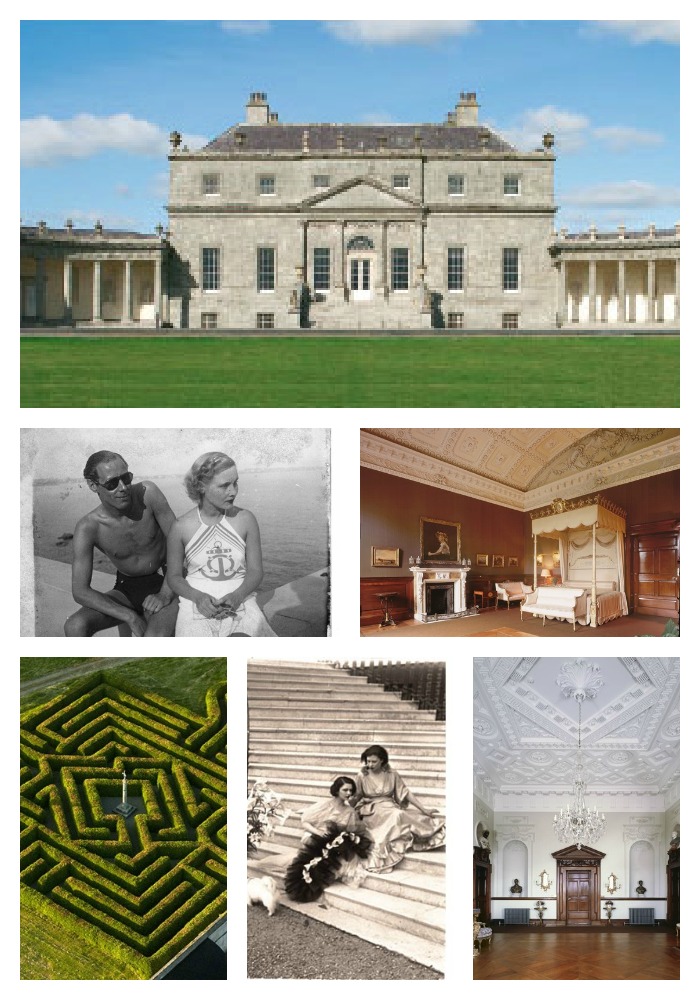 I didn’t take many photos on the day – partly because we weren’t allowed to take photos in the house and it was wet once we’d finished the maze and had lunch so these couple are from the website. ?I’d really recommend it as a day or afternoon out – a nice relaxed atmosphere, excellent tour guide, good food and plenty to do.

We went to Tayto Park recently too for the second time. ?We went as part of a group ticket this time as it was a local group and it was very reasonably priced at ?20 for the 4 of us (usually ?40) and that included 2 free tickets to the paid activities. 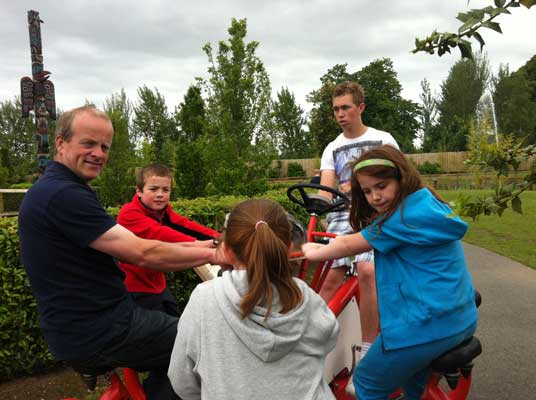 It’s a good day out with plenty for all ages really. Animals and small playgrounds for little ones, plenty for our two, and they are building many new scarier activities for older children. ?There were many more tall slides etc there since last year. As it was a Sunday (and as the factory was on holidays when we were there last year) although the tour was available, you couldn’t see the people actually at work making the crisps.

Will is getting to the stage that it mustn’t be cool to smile beside a cartoon character! 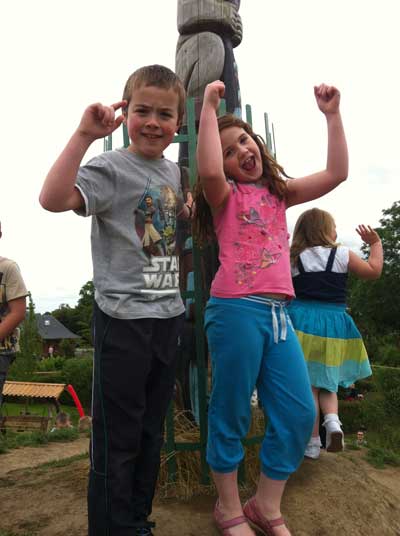